Oxy-fuel cutting is a chemical reaction between pure oxygen and steel to form iron oxide. It can be described as rapid, controlled rusting.. 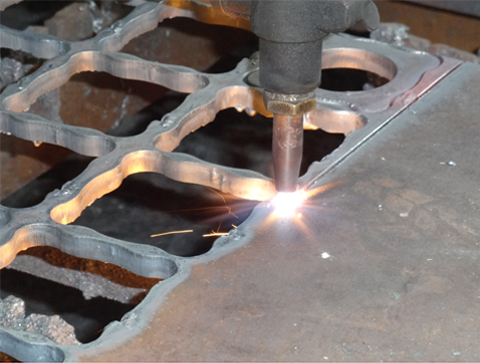 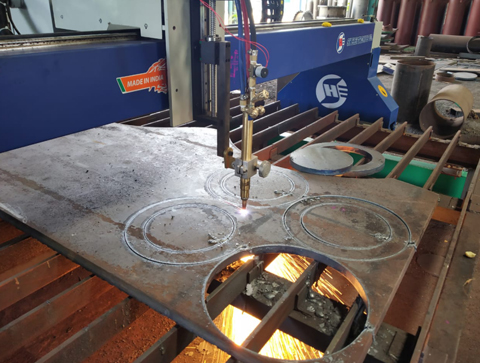 How does Oxy fuel Cutting work?

Preheat flames are used to heat up the surface of the steel to approximately 1000oC (1800oF - bright red color) but below the metal's melting point.
A jet of pure oxygen is then directed toward the heated area in a fine high pressure stream. A vigorous exothermic chemical reaction takes place between the oxygen and metal forming an aluminum or iron oxide or rust. The pressure of the jet of oxygen blows away the slag or oxide forming a cavity. The preheat and oxygen stream are moved at constant speed to form a continuous cut.

Can oxy-fuel method be used to cut any metal?

The answer is that it cannot! This depends on the melting point of the individual metal's oxides. Only metals whose oxides have a lower melting point than the base metal itself (low carbon steel and some low alloys) can be cut with this process. Otherwise as soon as the metal oxidizes it terminates the oxidation by forming a protective layer.

What kinds of gases are used in Oxy-fuel cutting?

Which are the main elements of Oxy-Fuel Cutting?

The Main Terminology relevant to Oxy-Fuel Cutting is the following :